Awashed with sunshine at Forest Road, Hay’s Reserve side returned to winning ways with a comfortable 5-1 victory over Knighton Victoria. First-half goals from Johnny Daw, Kevin Goodwin and Mike Ward handed the Saints a comfortable advantage before a powerful header reduced the deficit. In the second-half, Tom Wilkes added a fourth before Goodwin struck his second of the afternoon to finish off proceedings.

The Saints started confidently, despite Tuesday’s derby defeat to Talgarth Reserves, with the 4-4-2 formation working well. The midfield four were providing plenty of attacking threat and it soon resulted in a goal, when Daw lashed in a right-footed shot from 25 yards. The visitors threatened on the break with Daniel Bufton on hand to tip a rising shot over the crossbar. The second goal of the afternoon owed much to the skill and persistance of Daw, who worked wonders down the left-wing before delivering an excellent left-foot cross which Goodwin touched in from close-range. The winger nearly created a third when he raced past three challenges, with a diagonol run from right to left before picking out Ward at the back-post, but the striker’s header was excellent pushed aside. Ward didn’t have long to wait for another opportunity, which he fired home, touching deftly past the defender before sending a half-volley into the corner. Victoria pulled a goal back mid-way through the first-half when a corner from the right was headed in by James Watkins. Wilkes, and Steve Goodwin both lashed strikes goalwards but the away ‘keeper held on comfortably in the sweltering heat.

The Saints continued to assert their dominance on the game in the second-half with an early goal, after some neat football in the middle of the park, S. Goodwin set up Wilkes who bent a shot around the outrushing ‘keeper from the edge of the box. Further chances were presented to the Saints with K. Goodwin’s stinging volley kept out before a follow up by Ward went over. Will Goodwin smashed the crossbar with a right-foot shot, before narrowly missing the goal-line with the resulting bounce before K. Goodwin added his second after a quick free-kick from Toby Johnson released him on the right, the winger raced away from his man and his eventual effort trickled past the outstretched hand of the ‘keeper. In the final moments, sub Stuart Snedden tested the ‘keeper, whilst W. Goodwin and Wilkes both went close, whilst K. Goodwin nearly completed his hattrick, racing on to a loose through ball, before toe-poking past the ‘keeper but the ball rolled against the post and the follow up was cleared. 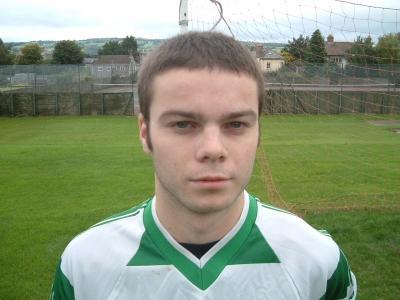 Kev Goodwin who netted a brace.

All in all, a good afternoon’s work for the Saints. The decision to revert back to 4-4-2 worked well, with the majority of the Saints’ work coming down either wing. In particular, the energy and desire of Wilkes in the middle of the park was influential, whilst S. Goodwin showed his quality throughout, being dominant in the air and dictating the tempo. Next up for Dan Jones and his team is a trip to Newcastle, which should provide a tough test.