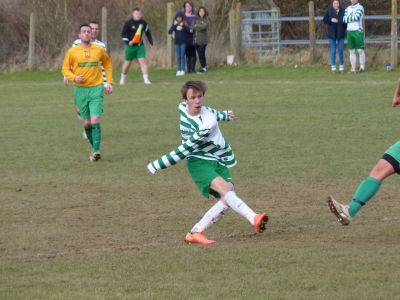 Youngster Darren Horrigan scored 4  times tonight for the Saints Reserves in their 9-3 win over Builth Wells Reserves. Other scorers were Kevin Jones(3), Sam Bradley and an OG.

The Saints got off to a flyer at a sleety Forest Road taking the lead within a minute as K. Jones clinically finished from the right-hand side of the box. He doubled the advantage mid-way through the half with a long-range strike. Builth pulled one back towards the end of the half when a strike from the left went through a crowd of bodies before finding its way to the back of the net. Hay however regained their two goal advantage when Will Goodwin’s corner was superbly headed home by Bradley.

After a fruitless first-half for youngster Horrigan, he took the game into his own hands and scored a quick-fire hattrick. The first was a penalty after he had been felled, before a long-ball saw him get past the ‘keeper and stroke into an empty net. He completed his hattrick when the ball was put on a plate for him from the right and he passed into the net. A long-range looper deceived Mike Ward in the Saints’ goal to make the scores 6-2 before K. Jones and Horrigan added one more a piece to their totals. Again Builth came back as Hay took their foot off the gas and a cross from the right was headed in by their striker. The last goal of the game saw Horrigan find space on the left and his cut-back and sliced into his own net by the covering defender.

A decent performance on a tricky and slippery pitch by the Reserves. The pace and energy of the attackers caused Builth all sorts of problems, with Horrigan in particular stretching the play at all opportunities. No game this weekend, but a big one the weekend after when we visit to fellow title chasers Carno Reserves. 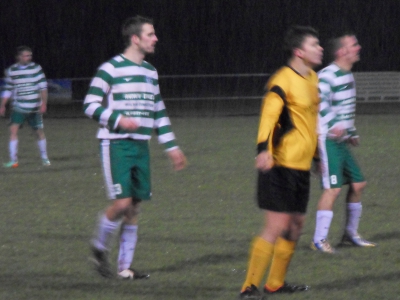 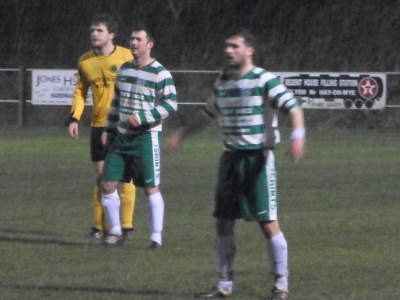 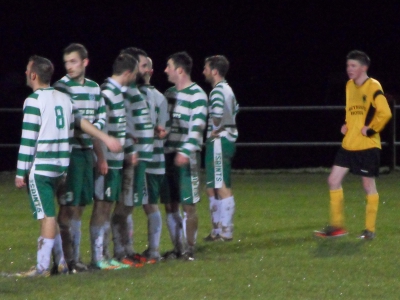 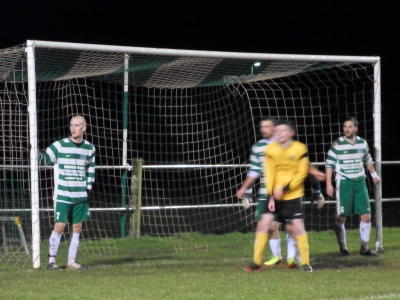 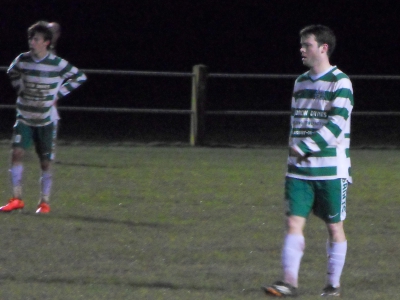 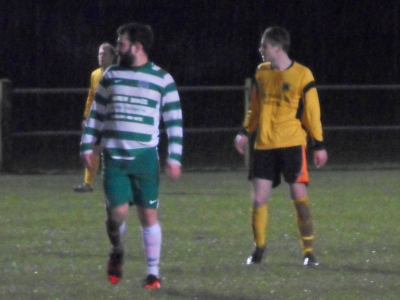