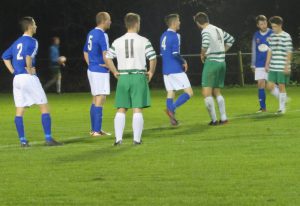 After leading 1-0 at half time we rode our luck with ‘Dod’ hitting the woodwork on three occassions but we finished strongly and added two more goals to claim all three points.

After the last two games poor starts, letting in two goals within the first ten minutes, the Reserves were desperate to get off to a good start. Thankfully no goal was conceded early on despite a few scares at the back but new signing Matty Turell and captain Tom Weaves held things up at the back.

Everyone pressed well, with Joe Emmett and Jamie Howard controlling the midfield, aided by the thankful return of Kev Jones. Wide men Kyle Harding and Darren Horrigan probed and hassled their full backs; Darren drawing a yellow card after a hefty challenge on him.

Matty Tong was a handful up front, also drawing fouls and playing some excellent balls through. This pressure finally paid off, Kev Jones played a long ball through and Kyle Harding pressed the ‘Dod’ full back, who in turn panicked, allowing Kyle to push through and slot the ball into the net: HT 1-0.
There were changes at half time by both sides. Player-manager Joe Emmett, was replaced by Adam Finn and with a switch Josh  Wisniewski came on upfront. Equally, Llandrindod made changes, trying to rebalance things in midfield. It worked, for the first 20 minutes of the second half Llandod rattled the frame of the goal at good three times.

Yet the Reserves held firm, pressing again to drag the game away from the Reserves goalmouth. Suddenly, a hopeful cross from Kyle found a grateful Josh to bury home with his head. A few minutes later Matt Turrell got a goal on his debut with another header.

Harry Radcliffe replaced Matty Tong, who got booked and Harry Gilbert came off for Richard Meredith. Meanwhile James Eckley was an absolute rock at the back and got the Chairman’s nod for Man of the Match.

Our next game is Home next Saturday, please come down and watch, whilst grabbing a warm drink or a beer from the new pitch side facilities. 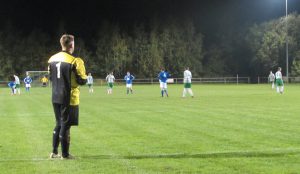 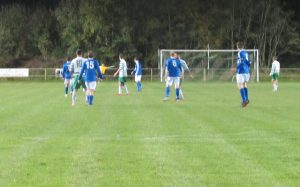 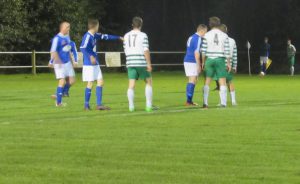 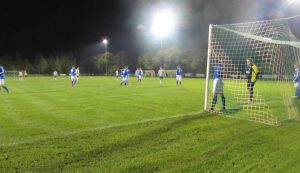 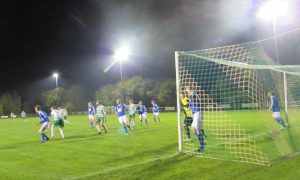