‘The First Team’ were well beaten 3-0 at Bow Street FC today. With all three attacking midfielders, Jack Biggs, Rob Snedden and Matt James missing from when we beat Machynlleth plus Steve Morgan and defender Owen Lloyd it was always going to be a big ask.

We were under pressure from the off, the back four were outstanding plus keeper Jordan Baker to keep Bow Street out. The home side missed a free header early on which really should of been scored, there were also several last ditch tackles going in just before half time.

The first fifteen minutes of the second half was our best spell of the game but in all honesty we never really looked like scoring.

We were awarded a free kick on 65 minutes which was blocked and ‘Street’ broke away and scored a header at the back post through ex ‘Penrhyn’ player Dylan James.

Dean Evans scored in the 77th minute and also the 82nd when his shot came off the post and hit Jordan Baker before trickling over the line.

We should of been awarded a penalty when sub Harry Ratcliffe was cleaned out by their keeper, however, the referee saw different and waved play on. On the plus side it was the 89th minute and would of made no difference to the result which Bow Street thoroughly deserved for their performance. 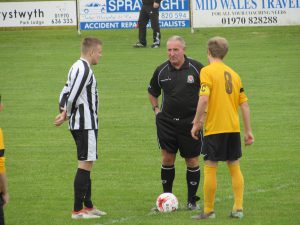 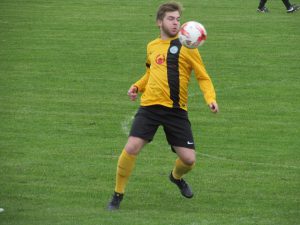 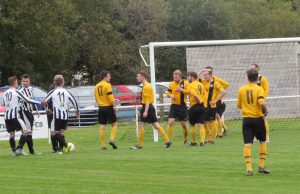 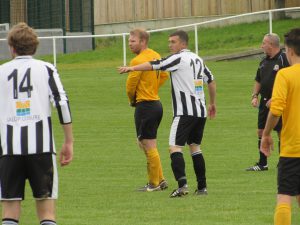 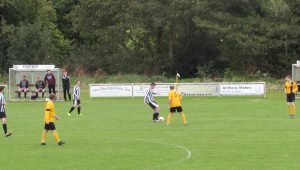 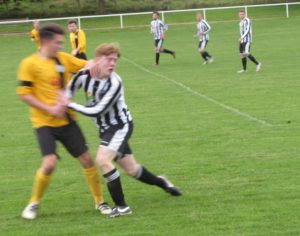 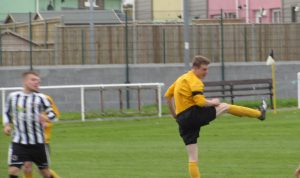