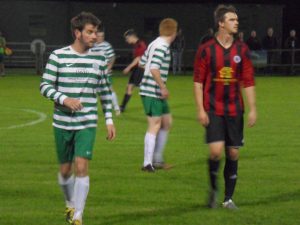 The First Team are on their travels again with the long trek to Machynlleth FC. The Reserves are home where the visitors are Knighton Town Reserves FC.

On Sunday The Saints Ladies host Areley Kings Ladies at Forest Road whilst in the morning ‘The Sunday Saints’ are away at Cosmos FC.

‘The Gaffer’ had this to say,” ‘Mach’ is always a difficult place to visit. They have a good home record and will be tough opposition. We were really poor last weekend and thoroughly deserved to lose”.

He went on to say “We need to be more switched on from the start and put in a big performance. Hopefully we can make up for last weekend and get the points to push on up the table”.