The Saints First Team won 1-3 at Machynlleth after an excellent opening 45 minutes.

We were 0-2 up within  the opening 15 minutes, first top scorer Brendan Hackett found the net after a poor back pass was pounced on. Just a few minutes later Ryan Davies jinked his way past their full back and scored with a low shot past the diving keeper.

A Snedden free kick found Matt Croose with a diving header but the ball went inches wide, other chances went begging as we dominated early on.

Jordan Baker tipped a Harry Holt shot around the post at full stretch in a rare ‘Mach’ attack.

On 24 minutes a back heel by Rob Snedden found Hackett who went past the centre back before selling the keeper a dummy he then rolled the ball into the empty net. 0-3

On the stroke of half time a mistake at the back let ‘Mach’ back in the game as their midfielder scored from close range.

After some serious shouting from the home changing room they came out all guns blazing in the second half and were the better side. Our back four and keeper were excellent and limited them to half chances.

They did get the ball in the back of the net in the 62nd minute but it was flagged for offside by our linesman, the referee agreed as he was stood in a good position. It was one of those incidents, if you were from Machynlleth you think it’s a goal, from Hay it wasn’t. Some you get some you don’t so I understand their frustration.

Snedden hit a 25 yarder that just cleared the bar and another good move nearly resulted in a goal from sub Richard Meredith after he linked up with Hackett.

The second half belonged to to ‘Mach’ but we held firm to take the points.

A good win after last week, also our first ever victory at Machynlleth FC. 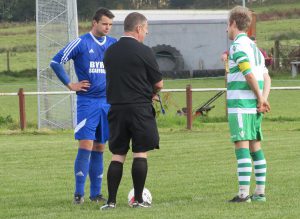 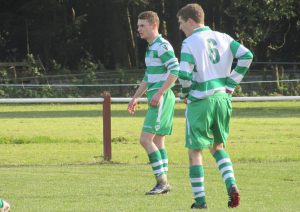 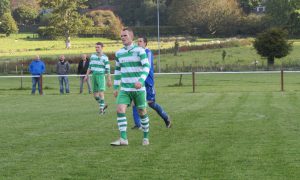 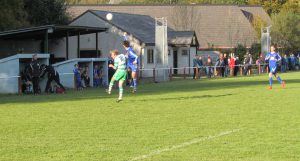 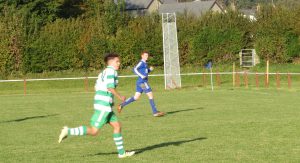 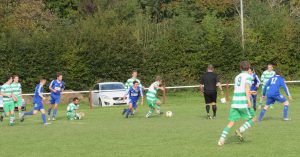 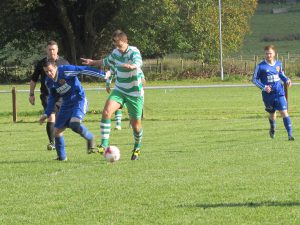 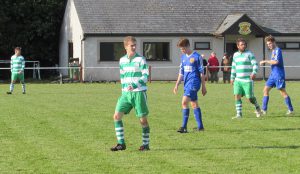 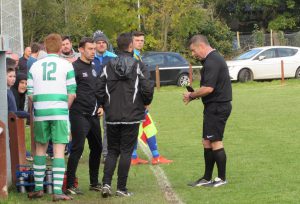 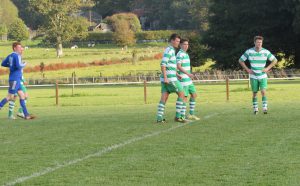 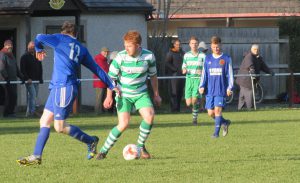 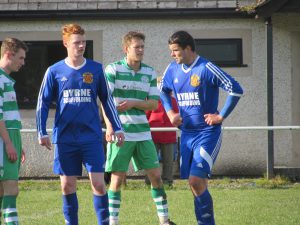 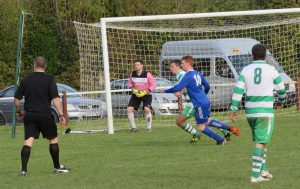 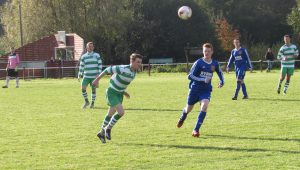