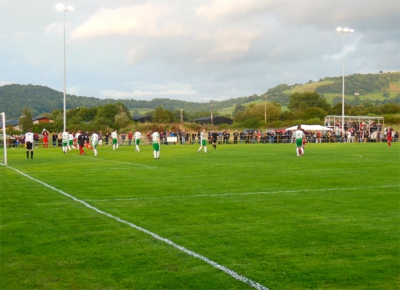 The two sides met at the end of November in a game Knighton won 3-0, two late goals by the prolific Connor Bird sealed the points in a game which the home side dominated from start to finish.

Manager Gareth Jenkins said “We will need to be on top form to get anything out of this game. Knighton are by far the best side we have played in the league this season” He went on to say “We have played well the last few games and dominated, we need to stop giving silly goals away or it will cost us points one of these days”.

Due to the pitch being cut up significantly on Wednesday evening their will be a pitch inspection at 10am on the morning of the game.